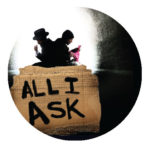 "We’re running a business here, not a homeless shelter. My father has a soft heart for people like that, but we can’t always be taking in these misfits"

With his tallis and tefillin bag under his arm, Shmulik Michaeli strode toward the minimarket. He arrived at 6:30 precisely, opening the heavy padlock to the storage area and looking left and right for the worker who was supposed to be there for the morning shift.

No worker was anywhere in sight, and Shmulik tried to remember who’d been assigned to the shift. Dani had a wedding last night, and he’d asked for a later shift today. Muammar and Salam would come after lunch and stay until late at night for the deliveries. So who was supposed to be here? Itzik? Chuni?

Shmulik dragged the cases of milk inside. The first few customers were already there, picking out their groceries with swift precision. This wasn’t the hour for leisurely shoppers. Shmulik glanced at the schedule posted behind the counter. Under “Thursday, 6:30 a.m.,” two names were penned in clearly: “Shmulik and Bugi.”

Bugi was the latest of Abba’s acquisitions, another charity case he’d taken on. Yesterday and the day before he’d worked pretty decently. He didn’t give the impression of being overly bright, but okay, you don’t have to be a genius to stock the shelves and keep them in order. And now, already on the third day, he wasn’t showing up? Hey, there was Kleiner, just coming into the store. If Shmulik’s memory wasn’t deceiving him, Kleiner was the one who’d set this new guy up with Abba.

“Good morning,” Kleiner said to him politely, after gathering a few items from the shelves. “Tell me, where’s your new worker?”

“That’s what I was about to ask you,” said Shmulik, gesturing toward the crates of merchandise waiting to be organized. “You tell me, where’s our new worker?”

“What, you mean he’s not here?” Yanky was taken aback. “I thought he said he was on the morning shift today.”

“Yes, that’s what I thought, too, but it looks like he has other ideas. It’s almost seven, the early morning rush is about to begin, and here I am, alone.”

Yanky muttered something empathetic, and Shmulik went on, “Listen, Mr. Kleiner, I don’t think it’s really fair what you did to my father, selling him this Bugi when you know he can’t be trusted to show up. We’re running a business here, not a homeless shelter. My father has a soft heart for people like that, but we can’t always be taking in these misfits. Definitely not if they don’t do what they were hired to do.”

“It wasn’t me, actually. It was my brother who spoke with your father,” Yanky said, troubled. “But… it’s very strange that he didn’t show up this morning.”

“It certainly is,” Shmulik agreed. “It’s very strange that I should have to run this store on my own until 8:30, when my father comes in.”

“I’ll go and look for him,” said Yanky. “And the minute I find him, I’ll send him straight here.”

“I’m not sure it’s even worth it,” Shmulik mumbled.

“Well, maybe it really would be better not to put him on the early shift. He might do better with more convenient hours.”

“Kleiner, habibi, we’re not running a chesed project. There’s work to be done here, and we need workers, not guests who drop in every now and then. Are you trying to tell me we should have this Bugi come in only when we don’t need him? Maybe my father would agree to a wonderful plan like that, but I won’t.”