"I’ll just go on living here in this abandoned apartment, and when the city comes to demolish it, I’ll find another place” 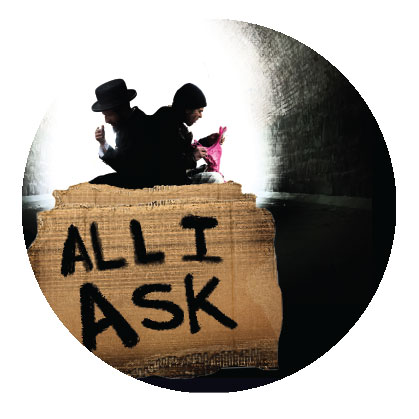 ulu came around in the evening to check on Bugi.

“I’ve had it.” Bugi shut his eyes and moved closer to the wall. “I can’t do this. Let other people go and rent nice apartments, wear nice clothes, and live like decent human beings. I don’t have the koach for it. I’ll just go on living here in this abandoned apartment, and when the city comes to demolish it, I’ll find another place.”

“Nothing. Something so stupid it’s not even worth talking about.” Bugi burrowed deeper into his blanket, almost hugging the gray, peeling wall.

The day before, he’d been sitting at his usual spot near the bus station when a young woman had passed by with her children. The oldest, a girl of six or seven, was bouncing a ball as she walked. Suddenly the ball had hit one of the building’s pillars and bounced out toward the road. Bugi was afraid that a bus would run over the ball and ruin it, or much worse, that the girl would run after it and get hurt. He stretched out a quick hand, caught the ball, and handed it back to the child.

The girl took the ball with a scowl. “Yuck,” she said. “Ima, that yucky man touched my ball!”

“Oy, that’s really not nice,” the mother empathized, swiftly moving her brood away from Bugi. “He probably has some germs or something.” She opened the diaper bag that hung from the stroller, found a baby wipe, and scrubbed the ball clean. “Here, I cleaned it for you. And maybe now you’ll stop bouncing it when we’re walking in the street?”

She was just a little child, and she’d already learned to recoil from him in disgust. Maybe the day would come when even the babies in their strollers wouldn’t smile at him. They’d see him and grimace….

“But Bugi,” Lulu said, “that’s exactly why you have to go on trying! If you’re starting to feel how terrible it is to be treated like a subhuman, now you can realize how good it will be to live like a normal person.”

“No.” Bugi pulled the blanket close again. “If people are that mean, they won’t magically change just because I have my own place and clean clothes. This whole campaign to be normal is not for me, I don’t have the koach. I’ll just collect what I need to get me through each day, and that’s all. I don’t want to be part of a world like that.”

Ruti Kepler
All I Ask: Chapter 57

It doesn’t matter what seeds you’ve pecked at, or what spring you’ve drunk from. You will always be welcome in this house

Ruti Kepler
All I Ask: Chapter 56

Since they couldn’t simply deliver the whole care package to Lulu, they had to decide what was most urgent

Ruti Kepler
All I Ask: Chapter 55

Raizele suddenly found herself wishing fervently for the Beis Hamikdash. She would run straight there and bring a Korban Todah, if only she could