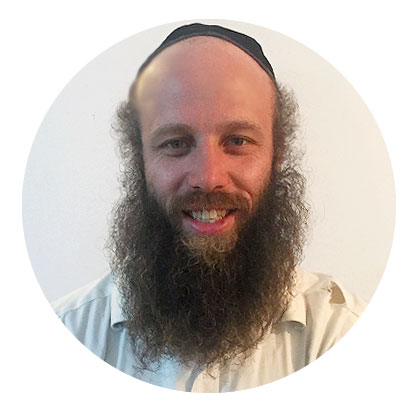 “You understand why we’re leaving now,” she said as she picked up her handbag

Rabbi Ashkenazi was a brilliant man, having received his semichah from Chacham Meir Mazuz’s Kissei Rachamim yeshivah in Bnei Brak at the young age of 20. His kollel in Ashdod attracted only the most dedicated young masters of halachah. And his rabbanit was known for her work organizing public inspirational events that attracted an entire spectrum, from the frummest women in their snoods to the most secular, with nose rings and tattoos. They were a credit to their illustrious ancestor, Rav Betzalel Ashkenazi, rebbi of the Arizal and author of the Shitah Mekubetzet.

I was familiar with a few of their older sons from an organization they had started to teach Torah to Israeli soldiers who had left the frum world. The Ashkenazi brothers, talented like their parents, attracted many formerly shomer Shabbos soldiers to their shiurim.

And apparently, the youngest brother of eight, Moshe Chaviv, was a star in his own right. He has excelled in a prestigious Sephardi yeshivah ketanah run by Chaham Shitreet in Bnei Brak. But then he began to follow a different path.

“His neshamah is electrified,” Rav Ashkenazi explained to me, after Rav Shitreet, who I’d had contact with in the past, suggested he come in for a consult. “The way that he can wrap his mind around a sugya was legendary in the beit medrash.”

“What happened that we are only talking in the past tense, kevod Harav?” I asked.

“My son’s ruchniyut was too powerful for the standard yeshivah atmosphere. He found morning seder too restrictive — it made it difficult for him to wake up for Tikkun Hatzot and to learn before tefillat haneitz.”

“Certainly it’s a challenge, even for the most dedicated bochurim, to wake up for Tikkun Hatzot,” I responded.

Rav Ashkenazi wasn’t finished though. “It was a big challenge for him to connect with the other bochurim as well, because he was very much driven to observe a long-term taanit dibbur. So he’s now learning alone in a nearby beit knesset.

It was a familiar scenario: A young man who’d taken upon himself many extreme chumros as well as developing an erratic sleep schedule while simultaneously disconnecting from his chevreh.  The concern for bipolar disorder, schizophrenia, or another serious mental illness of the sort was significant.

“Let’s have him come in for a meeting,” I suggested. “That way we can figure everything out together.”

Rav Ashkenazi looked a little uncomfortable. “My wife isn’t really interested,” the Rav let me know. “And for what it’s worth, my son Moshe Chaviv probably won’t even want to talk to you, as he’s currently in another taaanit dibbur.”

“I still think it’s a good idea to meet, no strings attached,” I tried to reassure him. From Rav Ashkenazi’s description, I suspected he’d need the help of psychopharmacology.

Moshe Chaviv came to my office the next week, together with his parents. The Rabbanit wore a clear expression of mistrust.

And Moshe Chaviv? He had the intense look of a young man who had worked hard to stay awake for far too many days in a row. Not a promising sign. I introduced myself and when he refused to speak, I asked if he was still in taanit dibbur to which I received a nod.

When I received little other information besides a shake of his head as an answer to my questions, I had no choice but to tell his parents, “I don’t think we’re going to get too far if Moshe Chaviv isn’t willing to break his taanit dibbur.”

But as Rav Ashkenazi tried to salvage the meeting, the Rabbanit interjected to let me know that she was perfectly fine with ending the interview. “My son is a tzaddik. We come from a long line of tzaddikim, and I don’t believe you have the context for appreciating a holy soul like Moshe Chaviv. All you’ll want to do is drug him up — you can’t tell the difference between his ruchniyut and what you’d think is a psychiatric problem!”

Moshe Chaviv had begun furiously reciting Tehillim with his eyes closed and I knew that I had to be careful or I’d lose them. “What makes you think I can’t appreciate what a phenomenal neshamah your son is?”

“You have no context for this,” she snapped. “Things like this would seem strange to you. We come from a long line of Sephardi Chahamim and you’re an—”

I finished the line for her to save her the embarrassment of the obvious irony. “I respect your perspective,” I said. There was no reason to mention that my wife’s family is from Cairo, I speak enough Persian to get by in Beverly Hills, and that I daven nusach Halabi.

“So you understand why we’re leaving now,” she said as she picked up her handbag.

“Certainly. But since your son came all the way from Bnei Brak and you shlepped here all the way Ashdod, can I just ask one more question?”

“Is there any chance that your son is named for the great Moroccan tzaddik Rav Moshe Chaviv Mizrachi?” The bochur raised an eyebrow, and his mother suddenly sat back down.  “Moshe Chaviv Mizrachi…the great tzaddik who refused to travel Erev Shabbat and was seemingly stranded in the middle of a desert on Friday afternoon before a lion came to take him on his back all the way home only moments before shkiah?”

The three of them were stunned.

Moshe Chaviv then surprised them further as he actually spoke, “How do you know about my Sabba Rabbah’s Great Uncle?”

“Well, I have a rav from back when my in-laws lived in Lakewood who has a Moshe Chaviv in his family too. I must have heard the story three hundred times and each time it gets better,” I answered.

But the moment wasn’t meant to last. Moshe Chaviv returned to his Tehillim and his taanit dibbur and Rabbanit Ashkenazi looked ready to leave again. Nothing I would say was going to convince her that her son was in need of psychopharmacology for what looked increasingly like his first psychotic break.

While the Rav wanted to protest, the Rabbanit had already taken her son’s hand and they were close to the door.  Rav Ashkenazi seemed prepared to follow suit although he simultaneously gazed in my direction for help.

“One last favor,” I asked again, figuring I’d give it a final shot.

“Maybe just ask Chaham Shitreet what he thinks about Moshe Chaviv. If he thinks that your son would benefit from treatment, maybe it’s worth us having a second conversation.”

“Not as well as I wish I did. But I’ve had the zechut to sit with him before and it’s clear that his wisdom extends far past the four chalakim of Shulchan Aruch.”

The Rav was suddenly motivated to speak his mind: “If you know Maran HaRosh Yeshivah then yes, I’ll ask him if it makes sense for Moshe Chaviv to come back here.”

“B’ezrat Hashem,” I smiled. “Send him regards from the American psychiatrist. Last time I saw him was when we met in Netivot for the Baba Sali’s hilula.”

“Can you save my brother with some of that medicine that Hashem gives you the seichel to prescribe?"

"Make sure they understand how important forgiveness is. We all need to do it — Hashem is waiting!"

Jacob L. Freedman MD
Do Yourself a Favor

“We’re fighting all the time. This just isn’t the woman I married”

Jacob L. Freedman MD
Nothing but the Truth

I wanted to trust him, but the kid had a long rap sheet and an even longer history of lying

Jacob L. Freedman MD
How Many People in One Brain?

"There’s me before my morning double espresso and me afterward”