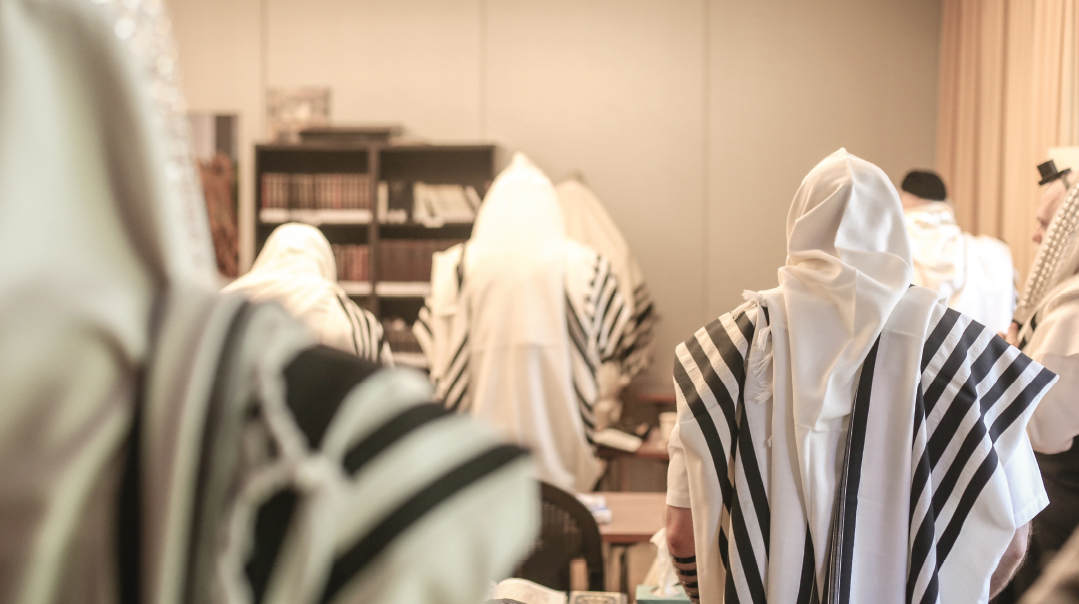 As told to C.S. Teitelbaum by David Feiner

IJust before last Purim, the mispallelim at London’s Sadigura Beis Medrash learned that our friend and fellow mispallel Chaim* had been diagnosed with cancer. The situation was very grave. He was told he would have to go through radiation, chemotherapy, and surgery as well. It was not clear what should be done first: surgery to remove the growth, or the treatments to kill the cancer cells. After careful discussion with surgeons and gedolim it was decided to start with the treatments, to be followed by surgery.

For six months Chaim endured aggressive courses of radiation and chemotherapy. The regimen took its toll on him physically but he kept pushing forward. Once that stage of treatment would come to close, he’d have to wait a few weeks before having another MRI to ascertain the size of the tumor, after which the surgeons would excise it completely. Despite the powerful radiation and chemotherapy treatments, the surgeon felt there was only a one percent chance that the tumor would be entirely gone. At most, he hoped that it would be significantly smaller.

Upon our rav’s advice, the members of our shul realized it was time for us laypeople to take action, especially since there were a few other mispallelim who also needed a refuah. After all, the surgeon may be Hashem’s shaliach, but we have a direct line of communication with Him. And the timing — right before Rosh Hashanah — meant that when the gates of mercy were wide open.

We decided to undertake not to talk during davening for 30 days over the Yamim Noraim. But then we took it further. As members of London’s Sadigura Beis Midrash, which is a branch of the Ruzhiner chassidus, we chose to extend our commitments until the Third of Cheshvan, the yahrtzeit of Rav Yisrael ztz”l of Ruzhin (“der Heiliger Ruzhiner”), a day so auspicious it is said Gehinnom is closed. Gimmel Cheshvan in Ruzhin symbolizes the end of the Yamim Noraim and has historically been a day saturated with countless yeshuos.

I typed up a notice, printed it on the shul’s letterhead and went around collecting signatures from members who would commit to this undertaking. In no time, the dotted lines were filled, with Chaim’s signature of course adorning the sheet too.

It’s one thing to sign a paper, and another to keep to a daunting commitment three times a day, seven days a week, week after week after week, for 33 days.

. For those who had previously never thought twice before chapping a schmooze in shul, this undertaking was a real struggle. But the motive was right there in shul with us, so we all resisted the urge and sealed our lips, adhering to our shared commitment, day in, day out, with absolute rigidity.

Each day passed with a sense of victory, a sense of anticipation, of emunah, of hope. Day 10, Day 20, Day 30… Slowly, the countdown crawled toward Day 33.

A sliver of moon hung in the darkened sky as the eve of Gimmel Cheshvan arrived. White damask tablecloths were spread over the shul tables, elegant party goods were laid out, and the seudah for the yahrtzeit of the Heiliger Ruzhiner began.

I found a seat opposite Chaim. He turned to me, looking like he had something important to share.

“I just received a call today with the results of my latest MRI,” he whispered. “B’derech neis there’s nothing there. It’s all clear, baruch Hashem. I don’t need surgery.”

I froze. I could not believe what I was hearing. It was Gimmel Cheshvan. Our 33 days of silence had silenced the decree against our friend.

“Chaim,” I said, “you must get up and share your story. Everyone here needs to hear it!”

Timidly, he rose to his feet and in a voice laden with emotion, he publicized his miracle. At first there was quiet. We could barely conceive the power of those days of silence, of our shared commitment. Who could have imagined their repercussions? We knew then that we’d surely continue the undertaking for those still in need of salvation. Our 33 days would be linked to many more.

But now was a time for thanks and for celebration. Shoulder to shoulder, the entire gathering got up and broke into spontaneous dancing, to the words of “hodu l’Hashem ki tov” — an explosion of joyous noise after a month of pained yet exalted silence.